It’s A Sinch: How A Swedish Cloud Platform Is Probably Sending You Text Messages Today

You order a ride on Uber, maybe, and soon you get a text message confirming that your driver is on the way. Afterward, neither of you can see each other’s mobile numbers. A handy message reminds you to go to the doctor tomorrow. Your airline reminds you to check in online, so you do that on your phone. Where would we be without this?

Behind many of these messages is a Swedish company called Sinch, formerly known as CLX Communications (CLX are the Roman numerals for 160, the maximum number of characters in a text), which provides an invisible software platform through which businesses can contact customers. Eight out of the world’s biggest tech companies (by market capitalization) are customers, along with several major airline alliances, rail, ride-sharing and parcel delivery companies.

The chances are that Sinch may be one of the most successful companies you’ve never heard of. Since it was launched in Stockholm, Sweden, in 2008, it has become a global leader in cloud communications with nearly 4bn SEK in revenue and earnings before tax, depreciation, and amortization (EBITDA) of over 300mn SEK.

It’s been profitable since its first year of trading, listed on Nasdaq Stockholm in 2015, and has never taken on external funding other than for two of its acquisitions. And the people who set it up are still part of running it.

As a global CPaas (Communications Platform as a Service provider), Sinch enables businesses to send text messages to large numbers of customers and to make video and voice calls. This is different from consumer platforms like Whatsapp, Facebook Messenger or WeChat, used between individuals.

“We reduce complexity for the business so it can reach, say, 5 billion consumers globally, and we reduce complexity for the mobile operators so that they can work via Sinch with thousands of enterprises across national borders,” explains Robert Gerstmann, Co-founder and Chief Evangelist, who I met in Stockholm at Sinch’s head office. “Any person with a handset is reachable by business across all mobile channels.” 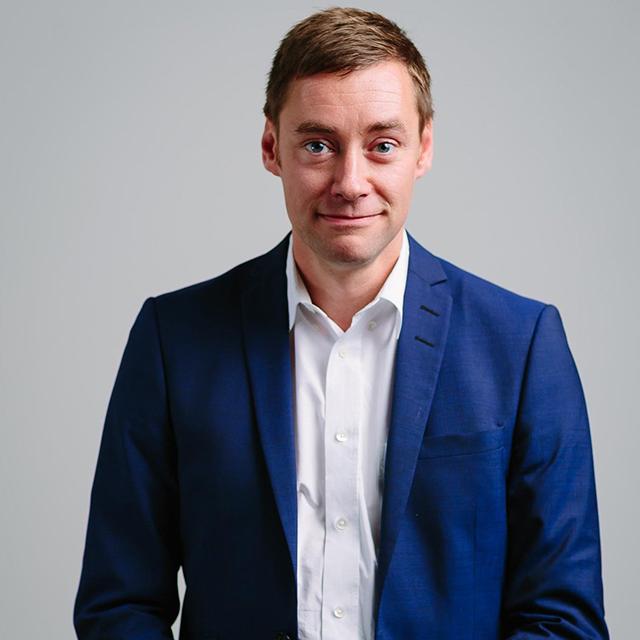 By providing Application Programme Interfaces (APIs), making it easy for developers to integrate their apps to Sinch, a business client can send out text messages to customers. This is known as A2P (application to person) messaging.  Over 50,000 developers use Sinch’s APIs and it deals with over 25bn transactions annually.

Ten years ago, many were predicting the demise of SMS messaging. Sinch, however, took a contrary view and not only stuck to SMS messaging as its key tool, but developed a software platform that enabled businesses to add other services, including voice, RCS – rich media SMS which may eventually replace SMS – and video calling. This is where Gerstmann sees the most exciting potential, with millennials increasingly demanding more video content and other features.

After more than 15 years, it seems consumers still love texts. After all, there are only so many apps most of us can cope with. “App fatigue is massive,” Gerstmann says.

Most people don’t download many apps per month. Over 50% of them don’t download any most months. Apps are quite expensive to develop and maintain and to keep relevant – and then people turn off their notifications. So apps as a means of communication and reaching the customer mean diminishing returns.

According to Gerstmann, the $15bn mobile text business is still continuing to grow at close to 10%  a year. He adds, “Business is making more and more use of mobile communications – digital natives use SMS messaging a lot. They are early adopters of all new technologies, and the potential for growth within the B2C field, particularly with the new messaging formats like RCS supporting the sending of rich media, is huge.”

Any B2C service can use the channels to create platforms through which, for instance, customers can manage their savings or book flights or trains.

But it’s the future that really excites Gerstmann, such as chatbots sorting out customer service issues or booking tickets. “There will always be some cases when you need to speak to someone, but most of the time technology can do things faster than a human. We are now building the technology to enable customers to start communicating back to businesses, which we’re hardly doing yet.”

A formal decision at the Annual General Meeting on 17 May is required before the stock-listed parent company CLX Communications AB can change its name to SinchAB. Its shares are now trading under the ticker SINCH.